Not there? Where is she?

The lights are on, but nobody's home.

7 year coma-it could be more because of the government definition, but Dr. Morse doesn't agree. Would you? I'd still be in a coma if you use their definition. [It will be 15 yrs in Dec 2017.]

About 2 months after my injury I opened my eyes. I was determined brain dead and life support to be removed. I did blink right before that, though, appropriately in response to questions, so life support was left. Life support was a ventilator.

Eventually, I was diagnosed PVS. About 6 months later I started making sounds. This was unusual, but my insurance ran out and the government took over. Then it was nothing. Therapy was limited to something like 30 days and a bit longer if the therapist did an extension. 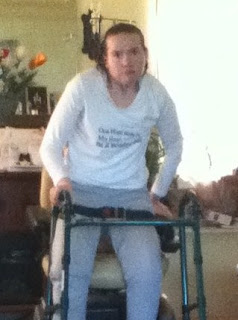 I taught myself to talk. I rehabbed my left hand by moving marbles. (A person where I was had a container.) I typed this with my left index finger. Now I'm working on my right with pegs (https://www.facebook.com/permalink.php?story_fbid=274789875943573&id=1064010358). I don't have parallel bars, but I do have a walker. I have it so it won't tip over. I've taught myself to stand-up. I can't remain standing, yet, but I know that this will come.  Although I received no out-right therapy, my background and training afforded me that. Others aren't so lucky. If a patient does survive, therapy is usually stopped.

The whole time I remain PVS because the government says so. The one who you can compare me to is Terri Schiavo. Remember how some doctors thought she could be rehabbed but it would take a long time? I'm that long time. I still have that diagnosis she had, as she was stopped at the beginning. This year will be 10 years for me (and I'm not done yet). I'm not done, but able to communicate.

So 7 year coma it is. No one knows what to call it. My eyes were open, but I wasn't there. 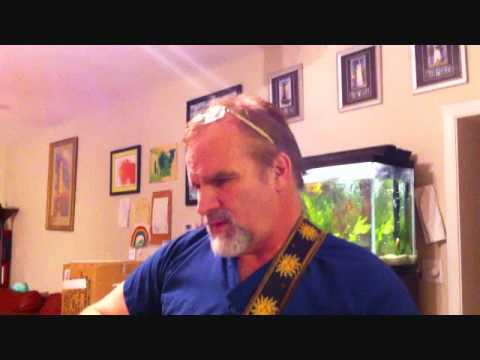